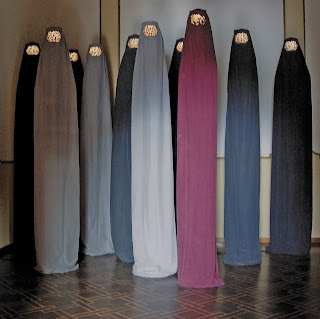 individuality
without face
but the spirit is containe
The darkness has always divited the souls. Quiet's zone or infinite space which become claustrophobic. A shadow's veil can make stand out hidden beauties, alter the appearance by sudden and improbable plays of light and shade.
But how look the reality when a shadow's veil is imposed? How each matter which separates, however thin and intangible (it's devastating the psychological shadow's violence), the result is always transformed in a limit which sketches visual fields and of action, where the imposition enfeebles the freedom. The inner and the outside undergo alterations which can condition both the individual and the community. 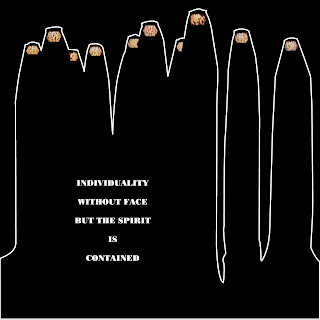 Maybe only stimulating to the maximum our sensibility we can try to break that detachment which makes us silent observers.