Your musical career started in the early 1980s, when electronic music in Italy was in its infancy. What do you remember of that time about the music scene?
Alexander Robotnick: I was lucky to have lived in Florence in that period. My town was almost the only one in Italy that immediately acknowledged the new things coming from the UK and USA, in the early 1980s. The music, theater, art and design scene was really avant-garde. You know, it's rare for an artist to be born in a cultural desert. [It just happens to] genius men. ;) I took part in a large group of people [whose artistic vision was] really projected into the future, no matter that most of them are forgotten now. This happened because Florence, despite its avant-garde movement, was provincial. Sometimes in such situations miracles happen.

As far as I remember, dance music in Italy was something that wasn't respected and it was considered only as a commercial thing. Now, thanks to the [new] international interest in Italian electronic music of the 1980s, things have changed. Can you tell me how did you live through this process?
In Florence we didn't consider Italo-disco an avant-garde movement. For my taste those people where just stuck in the 1970s. Yes, of course I was a fan of disco music in the 1970s, expecially the funky side, like Chic! Or [Giorgio] Moroder too. But in the 1980s I was more [inclined toward] Joy Division. Moreover, honestly, at that time I listened to only a few things Italo, just the commercial ones, really terrible. I discovered tracks like [Charlie's] "Spacer Woman" just a few years ago.

I don't know if this is true but I think that a good part of your work is based on irony. You know, titles like "Celle Vache de Ma Mère" or "Ciucci Kola" are difficult to be taken as serious stuff. Can you tell me how do you usually see your work and how did you create these particular songs?
Music is not just a job for me, it's also a kind of psychotherapy.... Sometimes I've enough freedom in my head and attitude for joking to produce such things. But not always. It's just a side of my character.

You reached a certain success on foreign countries. How was your music perceived over there? What were the main differences [with respect to] Italy?
Sometimes it's hard to understand it. Like the issue of Avida for Crème Organization. It's sung in Italian.... Anyway this question doesn't concern just me. Italo-disco too is perceived differently abroad than in Italy. People abroad appreciate more the originality of the sound, more than in Italy, whereas we are inclined to appreciate more the sound from abroad, with the only exceptions concerning the Italian song.

On the mid-1980s the Alexander Robotnick Project was put on hold. Can you tell us how and why did that happen?
Giampiero, the head of Materiali Sonori, pushed me to make some disco music, because we were both broke. «We can make easy money with disco music», he said to me. «Just put a bass drum in four/four and you sell 10.000 copies!» So I worked on a disco track with my cheap electronic equipment. The track was "Problèmes d'Amour". Anyway, I was disappointed by the results of "Problèmes". We sold just 10.000 copies, so it was the minimum figure, as I said above. And I started to be involved in different things. But some years later I understood that the track had an impressive influence on dance music and it was a cult track for some DJs. In the end it's better like this. It's not bad to have a song that is still relevant for the scene.

Can you tell us something about your experience with the Giovanotti Mondani Meccanici crew? It was something based more on multimedia stuff, wasn't it?
Basically I was the musician of the group. I made soundtracks and ambient music for videos and installations. GMM was a real multimedia group. It was started by the founders Andrea Zingoni and Antonio Glessy as a comic for Frigidaire, which was an alternative Italian magazine back then. After Loretta Mugnai and I were included, it expanded also to video, music, art and fashion. That last one killed the project. 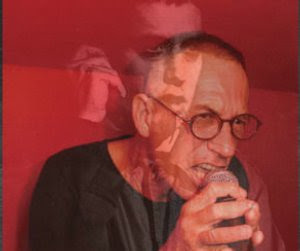 The 1990s saw you working mostly on ethnic stuff. How did this kind of switch from electronic to ethnic music happen?
Since the 1970s I started to collect Arabian and African cassettes. I always loved world music and I still love it, especially Indian. Anyway nowadays I don't believe so much in the cultural mix anymore, but in that period I did, a lot. I had bloody [good] fun with Masala and The Third Planet. We experienced a kind of "new wave" of world music. And let me say that I was thrilled to be playing live with them! But maybe it was too early.... After a while we were flooded by "chill out" music using exotic samples, and then September 11th spelled the end.
Listening to your latest album, which I hope won't be your last (as the title is "My La(te)st album"), I noticed so many influences from the new wave of electro dance music. Influences that weren't present on "Oh no... Robotnick!" Can you tell us what has been the process that brought you to this new sound?
DJing, obviously. You have to be informed about new dance music, when you are DJing. Every time I find a good record in a shop I'm happy because I've a new tool for my performance. This also affects my way of composing and producing. Anyway, When I work alone as Robotnick, I'm inclined to mix different sides of myself with different periods of my music. I can mix samples taken from my old 4-track cassettes with digitally processed sounds and analog synths. "New" sound? I basically used the same synths I had in the early 1980s...
Besides the collaboration with Lapo for Italcimenti, do you have any new collaboration in line or would you like to collaborate with someone in particular? Do you think you'll release something else under the Italcimenti moniker?
Lapo is a friend so periodically we get involved in some new project. I'm going to release some tracks we made last year, but I'm afraid it's a more techno project. I'm working right now on the remixes from the album. I asked for a remix exchange with some friends. Basically I want to play more of my music during my DJ sets.
Between the last two albums you released two collections of old tunes. How did you do the track selection? Do you have other old songs to use for new compilations? What do they sound like?
I recently made a double CD dedicated to Italo-disco. I just pressed 100 and gave them as present to people. The original idea was to release it through a label, but having just calculated the licensing cost...there's no way. So you can download my DJ-Sets, if you like...
Will you ever reissue your first MLP and singles? I saw Materiali Sonori printing a CD with several versions of "Problemes d'Amour"...
[That song] is just out both on vinyl and CD. The vinyl is released by Clone and includes 4 versions. The CD is made by Materiali Sonori and includes almost all versions of "Problèmes." It's a crazy CD. All tracks are "Problèmes d'Amour"...it's a real trip. It can be useful to some DJs who can choose their version, I think.
What's next for Alexander Robotnick?
Maybe to move from the countryside. It's so hard to live without DSL nowadays. I also want to better organize my studio and the layout. I'm overwhelmed by thousands of cassettes, DATs, tapes, instruments, CDs, CD-Rs, DVDs, instruments, computers.... Oh, my God, a life of music is heavy, also physically...
Interview by Maurizio Pustianaz
Photos: R.R.
Published under kind permission of Chain D.L.K.
Publicada por Nuno Loureiro à(s) 11.6.08