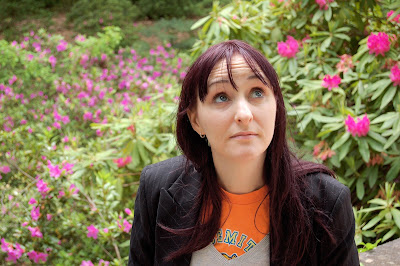 «I reflect what is around me»
For almost 20 years now, Vicki Bennett has been working sound and image in the most charming and surrealistic way, through the People Like Us (PLU) project. At the end, everything that it’s approached in her audio-visual collages is the world itself, although mirrored in a creative and humorous way. «Like a parrot».

First than all, the context. In what have you been working lately?
Earlier this year I had my first retrospective at alt.gallery, which was a great thing to prepare, plus I have released two CDs. The first was with my colleague Ergo Phizmiz, and an online-only release entitled “Rhapsody In Glue”. It was made as a result of our podcast series entitled “Codpaste”, available from the Internet's number one freeform radio station, WFMU.
At this very moment, I am making a remix of Jean Jacques Perrey.
One of your last projects was developed based on the archives of British electronic music pioneer Daphne Oram. Was her work an inspiration to you?
Yes, in a non-direct way. I wouldn't say she inspired PLU, but I admire the BBC Radiophonic Workshop in a more passive way and appreciate what they have done for electronic music and British culture.
This was just one of the archive projects you’ve worked on. What, in your opinion, is the importance of the archiving process, at all levels? Do you have an interest in art history?
An archive is a library, a concentrated central point that people canrefer to in order to enrich and educate themselves in whatever way. Including creatively. I am not particularly knowledgeable about art history, no. Although I am an artist, I don't really relate to the art world, only to other artists. I fit in far more with the world of music.
Centring in your work, which would you say that are the main conceptual purposes of your approach to popular culture?
I reflect what is around me, like a folk musician, also like a parrot. There is no message, more a mirroring of what I see and hear, but of course the mirror is distorted by my own take on that. I am not criticizing what I cover, I am more paying homage to it, since I only use footage that amuses me in some way.
Being sound and image the two dimensions of your work, is one developed in function of the other? What’s your method, regarding that production?
I find it very difficult to combine music and image – at best it is a bit like walking forward, where one leg is sound and the other image. They both battle for 100% of the limelight. Unlike your own legs :)
So it depends on the context of the work on what I let lead the way. But it is a constant cause for confusion and bewilderment, trying to make audio-visually combined work.
Having in account the projects you’ve also been producing for radio, do you like to work sound in real time?
Yes, I have done a lot of improvisation on radio, and some in a live context on stage. My favourite live work has always been for radio,because it is just about listening and also in the comfort of your own environment. Also I like the idea of collaborating over a few hours, which you can do on radio. It can take an hour to even start to make something good. Then you can go home and edit that and keep the good stuff! 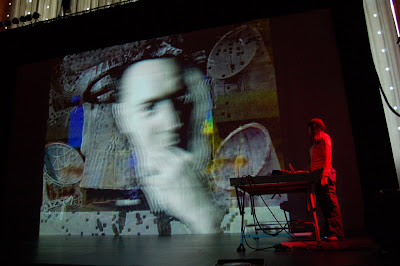 You’ve worked, for several times, with the images of the [Rick] Prelinger archives. When did you discover him, and which aspects did mark you at the time?
I discovered Rick I think in 2000. I found the Internet Archive, saw the lovely films that he made available for free download from his collection,and contacted him directly to say “thank you”. When I became friends with Rick it was like going into the archive of a friend. He is very interested in people, and full of childlike enthusiasm. He is an amazing and lovely person. It is Rick that makes the context of that archive so appealing. The films are nice too though!
PLU has always used a certain retro imagery on its films. Do you find present images uninteresting?
No – they just stopped making films around 1980. Simple as that. The context of the present that is in my work is me. I am in the present.
I presume it’s obvious that the image dimension is each time more present at contemporary societies. What’s your vision on the political and commercial propaganda we’ve being served nowadays?
I tend not to watch a lot of it, so I'm not a good person to comment on it. I prefer to create my own world and try and live life in a folk-art kind of way. I am a commercial artist, and very much need to make a living, but I am not driven by culture. I like to work below the radar and ahead of or parallel to mass culture a lot of the time.
PLU’s releases are available at the Internet for download. What took you to make that decision? Are you abandoning the “physical” format, concerning your releases?
The best way to reach people that may like you is through internet distribution. If the best way was still through CDs then I would do CDs. Well, I still do CDs, but as a cottage industry, not on mass. I think the Internet is a big trash can, but trash cans can be very useful for recycling.
Do you consider that the music industry is disappearing, as we know it?
Yes. Thankfully the music industry has never been very interested in me, so I will not miss it and they don't even know me.
Nuno Loureiro
Photos: People Like Us 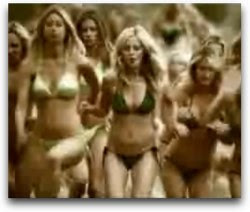 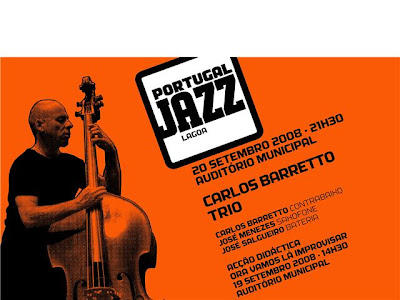 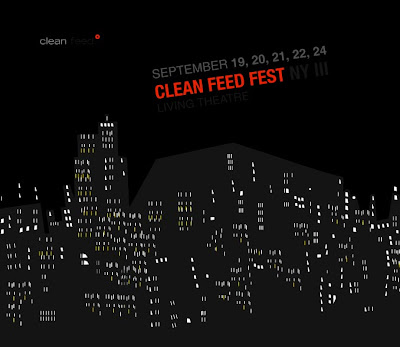 From September 19th through the 24th, Clean Feed is going to promote in New York its Fest NY III, in which the Portuguese label, through this jazz festival, showcases the talent it has on its catalogue and provides an insight into Portugal’s creative culture through music, wine and food.
This year’s event – the third – will be held at The Living Theatre, at 21 Clinton Street, in Lower Manhattan. In each night, of the festival two groups will each play one set (see the program here).
Clean Feed Fest NY III draws exclusively on artists who have recorded on the label’s more-than-100 releases over the past five years. Some of the artists are from New York City and are staples of the improvised music scene, such as Tony Malaby, William Parker and Elliott Sharp. Others are from other parts of the country, such as Dennis González (from Texas) and Scott Fields (Chicago, now in Cologne, Germany). These others, according to the label, «show the diversity that Clean Feed draws on and the fact that forward-thinking jazz is not just made in New York».

Descubram as diferenças | Spot the differences 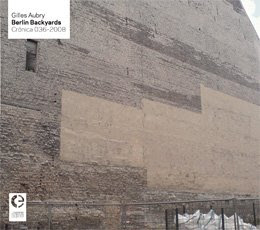 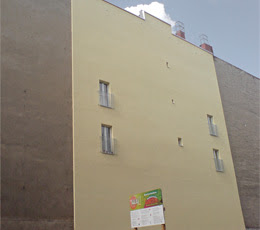 Meanwhile, Crónica has also made available, through the Crónicaster series, two new podcasts: “The Sound of eBay”, by the Ubermorgen.com project (with sound coding by Stefan Nussbaumer, visual coding by Lia and script coding by Erich Kachel) and “A Mix for Framework”, by Pedro Tudela and Miguel Carvalhais.
Photos: Gilles Aubry / Crónica Electrónica
Publicada por Nuno Loureiro à(s) 3.9.08 Sem comentários: 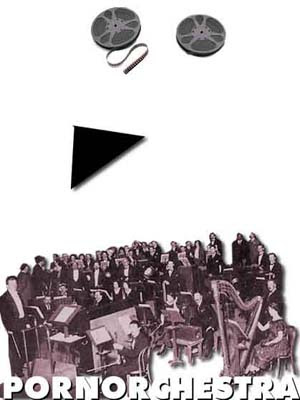