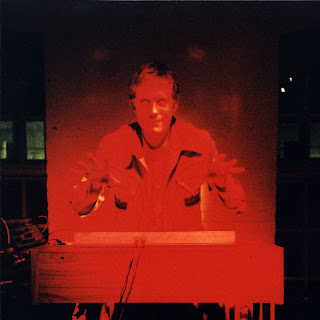 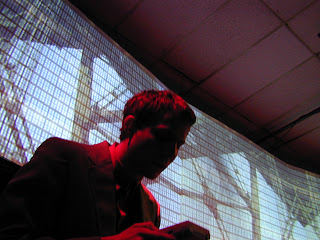 Your career as a musician goes back to the mid 1980s. In a general way, what are the main developments that you would point out in your work, throughout the years, conceptually and technically?

From 1980 to 1987 I learned to work with multitrack and create short, mostly out of range weird pop songs, fast and slightey hectic. In 1987 that totally changed. I started working with Tim Buhre on „slow“ music with a different approach, more psychedelic and sound-oriented(understanding sound as music). This project became more and more atonal, until it was Klangkrieg, our band for experimental electroacoustic music. Uli Rehberg’s amazing record shop Unterm Durchschnitt in Hamburg was very infuential at that time. I got to know a very different world of music.

In 1992 we founded our dada-communist party KED which was a great experiment in „using“ the official media as a canvas. Also, happening and improvisation became important. we had to prepare ourselves very well for interviews that we gave on huge German state’s TV stations. The more arrogant we became the more the media was interested in us. This was an interesting study for two years and then I left the group. It didn’t exist for much longer.

The owner of that mentioned record shop was the chief of our party who held great speeches.In the 1990s I also got into track music (techno, jungle, etc) because I liked to see the matrix of a song where some tracks were just turned on and off instead of using classical song structures. I still use some of this today.

In the mid 1990s I also started composing music for Mariola Brillowska’s animation films. I had more and more joy in electronic pop again and picked up the thread of my work in the early 1980s. I think I found a good form to present electronic music on stage – which I also owe the fact that some artists didn’t do anything more than just putting their laptop on stage and press „play“. In ten years this will be looked at as a very bizzare minimalism in the history of electronic music.

Another strong element in my life became "HOERSPIEL" (radio play). I have started doing that since 2001 and it also led to some works close to sound installation.
Equally strong was the influence of lectures and especially workshops. The last workshop was a short opera that I created with students within five days. Totally mad. We hardly slept during that week – but the performance was very successfull. My recent influences come very much from contemporary music.
Since 2004 I am working with the ensemble Intégrales. Their audience and the approach of musicians in that field is something totally new for me, although I was always fond of 20th century classica music.
In spite of the experimental nature of your music, your solo compositions also have this, let’s say, pop “touch”. Do you agree with this interpretation? If yes, is that approach ironic or genuine?
Yes, I agree. But my idea of pop goes very far. I think, good pop music has the ability to simplify or focus a concept, melody, sequence of harmonies without making it shallow. Look at the famous works of classical music: „Lontano“ by Ligeti, „Le sacre du printemps“ by Strawinsky, „Music for strings, percussion and celesta“ by Bartok, „Omaggio a Joyce“ by Berio – they all have this secretful clearness in concept which makes them kind of pop and accessable. It’s like in mathematics: if the formula isn’t elegant and simple, it’s probably not the right one.
«Let’s become idiots before the politicians write a book on it». That statement was written by you some years ago. How would you relate it with our present societies?
When our mayor in Hamburg – a conservative man – was asked in a radio programme which music he’d like to be played he asked for „Tocotronic“, a quite political and very popular rock band that was considered underground and left-wing.

The borders between friends and enemies disappear in the information society. It’s very difficult to have a clear attitude because we are forced to be flexible to survive. At the same time it’s more important than ever to say „NO“ sometimes. And to prevent yourself from being taken in (pocketed). Independence was always the most important value for me. It’s easier to keep it up when you are not so famous.

You issued that same statement after a talk we had on the cinema of Lars Von Trier – a director you said to like – and, in particular, “The Idiots”. In which would you consider Von Trier to be an influence, at any level?
At the level of independence and passion.

Is the political dimension still present in your work?

Yes but not in an parliamentary way.You can find it more in my radio plays because there I have a better context for language.

In music it’s difficult to be political. However, in general attitude towards rules and patterns of behaviour I can be political in any discipline. I think the people who don’t talk about things but impersonate them are more political than the ones who love to discuss. I still like utopias and I am glad that they have come back into the conscious of the youngest generation.

The Germans don’t trust their youth very much, they never did. That is one of the biggest problems here. Another problem I see in general is the disappearance of criticism in culture but especially music. Since the aggressively positive Myspace culture and since magazines get „paid“ by companies to push their products, everyone is becoming smooth. We need more gooseskin, I guess. 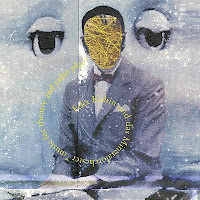 The wonder of modern German pop, Felix Kubin that is, hardly makes it into these pages, which of course is a great shame. Armed with his organ and korg he plays popmusic, but ever throughout his career as Kubin, he has been playing music that he was asked to compose for film, theatre and radio. They form an equally important feature in his work.
However it's not the music we/you might know him best for. From three of these pieces, the best parts (why not the complete work?) are now released as "Music For Theatre And Radio Play". Five pieces for "Zufall", a theatre piece , six pieces for "Hollywood Elegien", also a theatre play and eleven pieces for the radio play "The Raft". Twenty two pieces in total with a total playing time of thirty nine minutes, makes twenty two short pieces.
No doubt dictated by the rules of the theatreplay, but separated from that, it's a bit hard to figure out what these plays are about. There is no extra information on their content and pieces stand by theirself. From uptempo party like music (including guestmusicians on guitar, saxophone, violinand percussion - the Mineralorchester) to moody, sketch like pieces and semi orchestral pieces like "Drifting".
The sketch like character of the pieces doesn't make a coherent listening affair and it's hard to tell the difference between the various plays they were composed for. However if you see them a bunch of songs, separated from their original context, this is wild gang of pieces, joyful, sorrowful, funny and hilarious. It shows us a more experimental Kubin who hasn't lost his wit and wisdom.